Chubby's Deli: They're #1 For A Reason 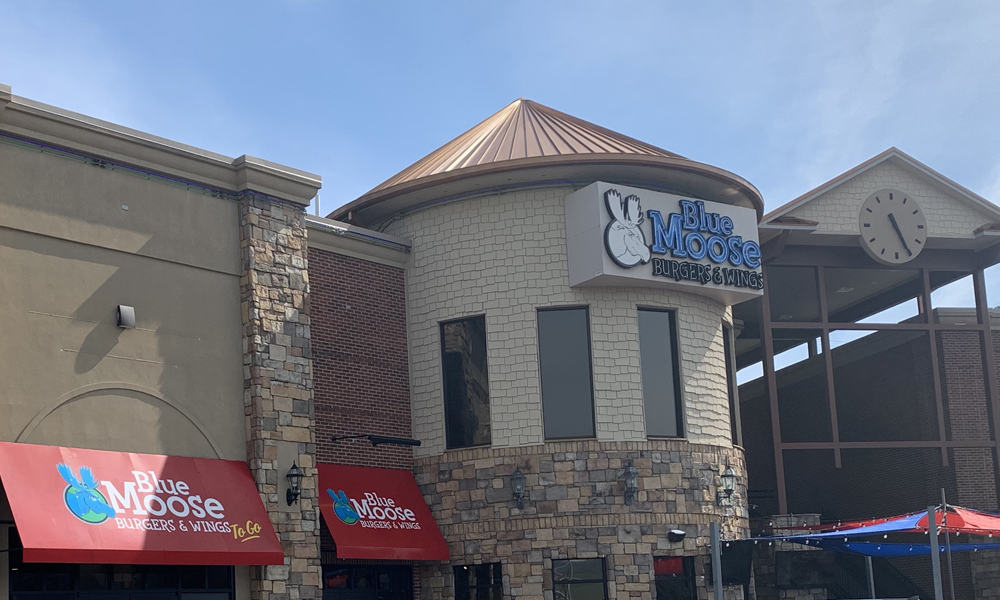 Burgers, wings and everything in between. If you haven’t been to Blue Moose Burgers & Wings, you’re missing out! Tucked off the main strip in Pigeon Forge between the parkway and Teaster Lane, it’s a hidden gem.

After hearing great things about the restaurant, my friend and I stopped by Blue Moose in December 2019 on our way to Dollywood. As we were walking toward the door, we overheard a restaurant patron tell another that the wait time was over an hour. We didn’t have time to stay as we had previously made plans to see a show at Dollywood at a certain time.

Fast forward to the end of February 2020. Eating at Blue Moose was at the top of our list! We made plans to go as soon as they opened for the day at 11:00 am. We weren’t the only ones! There were probably about 15 people lining up as soon as the doors opened. I am guessing this is a daily occurrence. 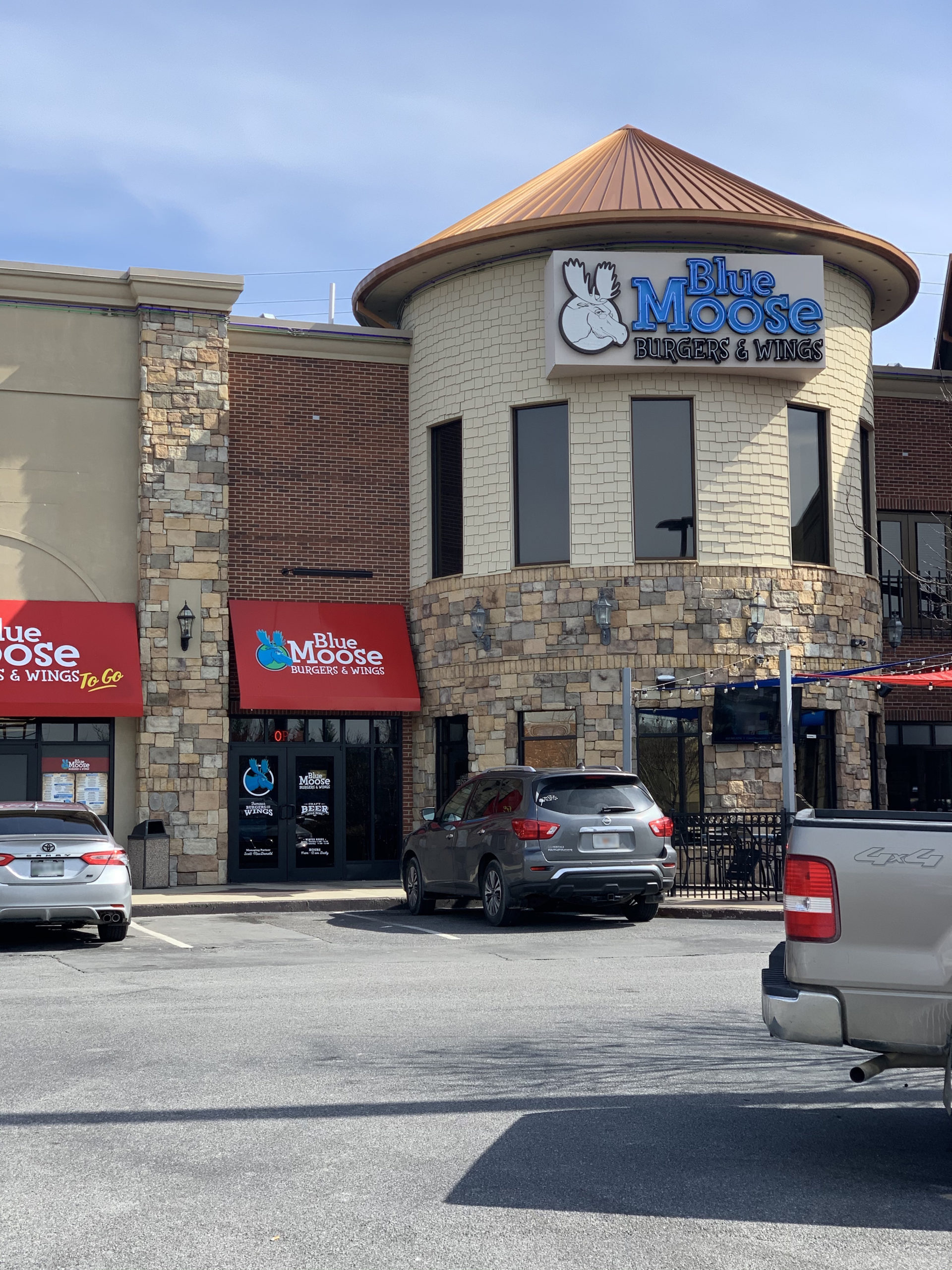 Greeted by a moose head as you enter the door, Blue Moose is a sports-themed restaurant. Sports jerseys, signs, trophies and more adorn the place, as well as several televisions tuned to all things sports. There are even televisions located at a few of the tables. We were seated at a table that had a TV. 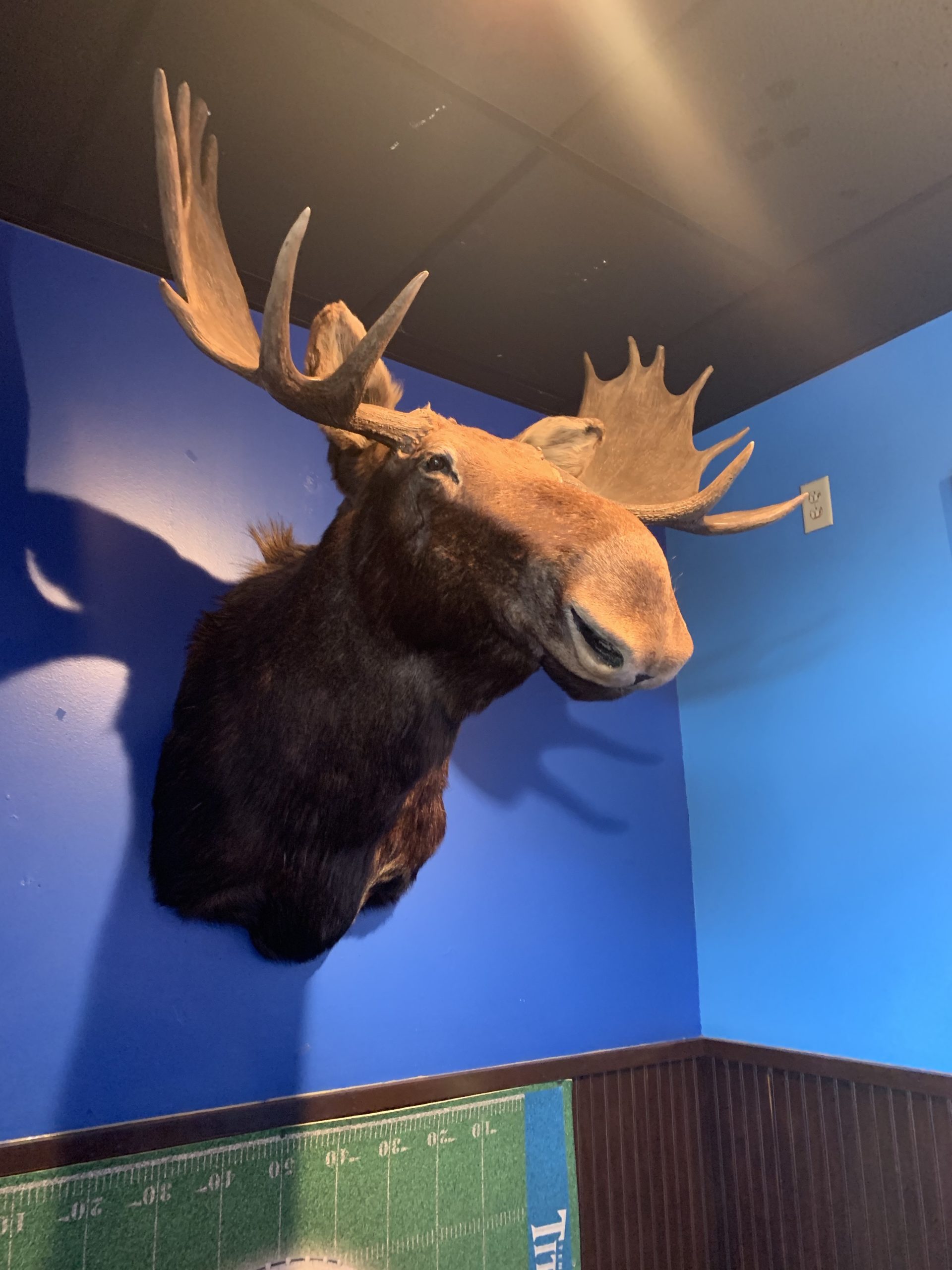 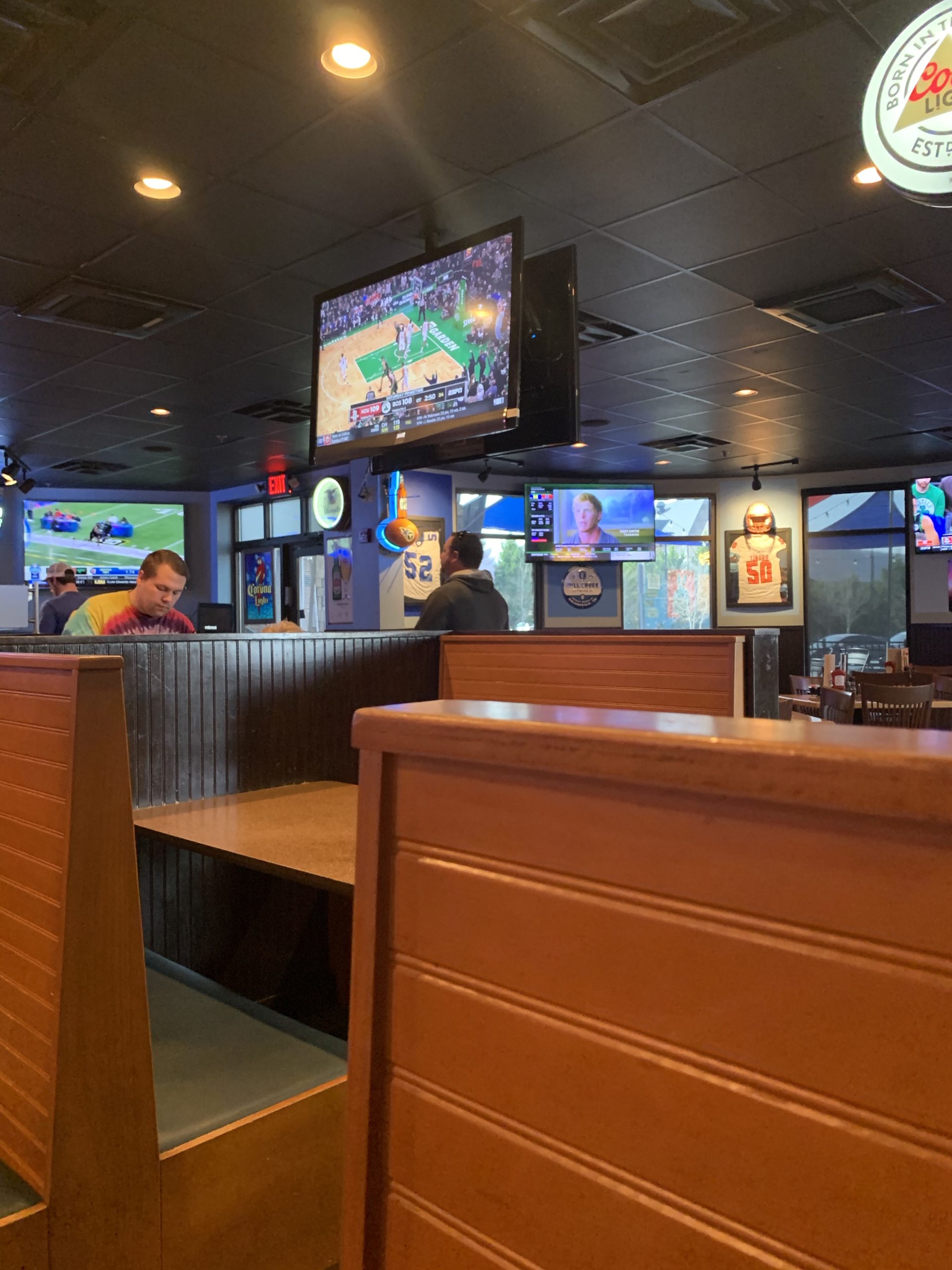 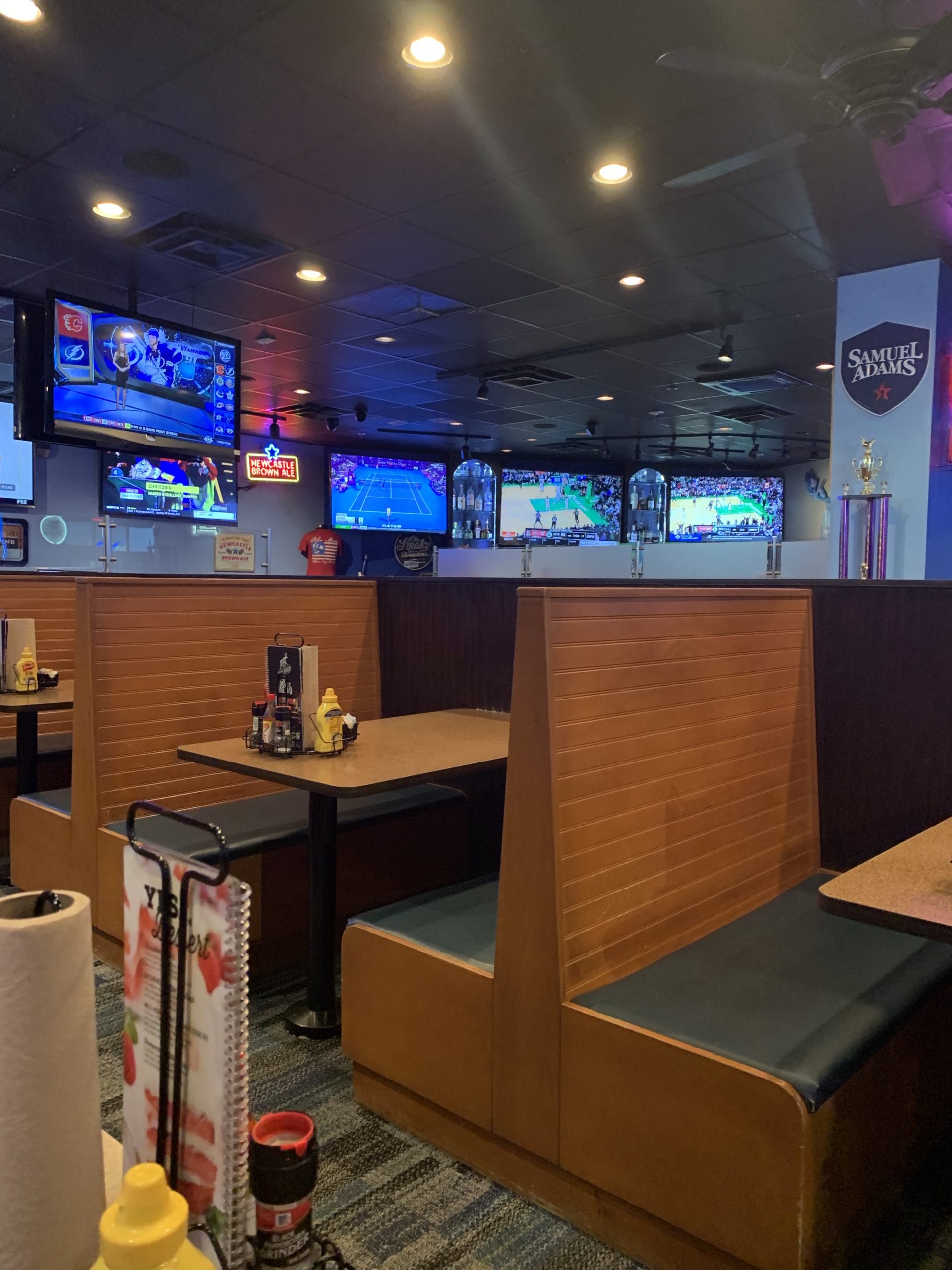 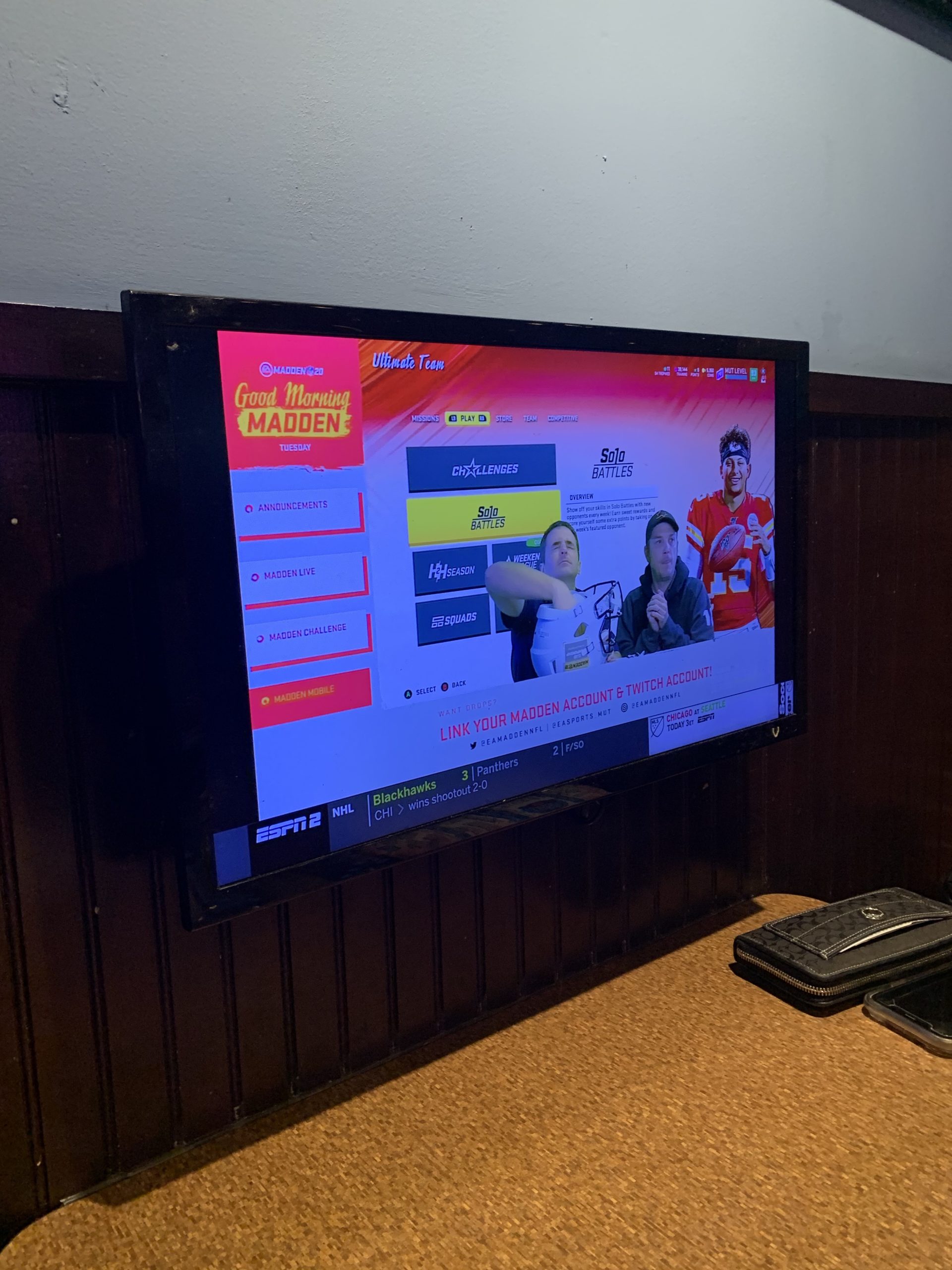 The restaurant specializes in burgers and wings. But don’t let the name fool you.  Their menu also offers a variety of sandwiches, salads, appetizers, and draft beer.

Our server Jared was very attentive. He even gave suggestions on the local’s favorite menu items. I already knew what I wanted as I had commented on a Facebook post created by the restaurant in January. They had posted a photo of the Fried Pickle Buffalo Chicken sandwich and I commented, “What is this? I need this in my life.” 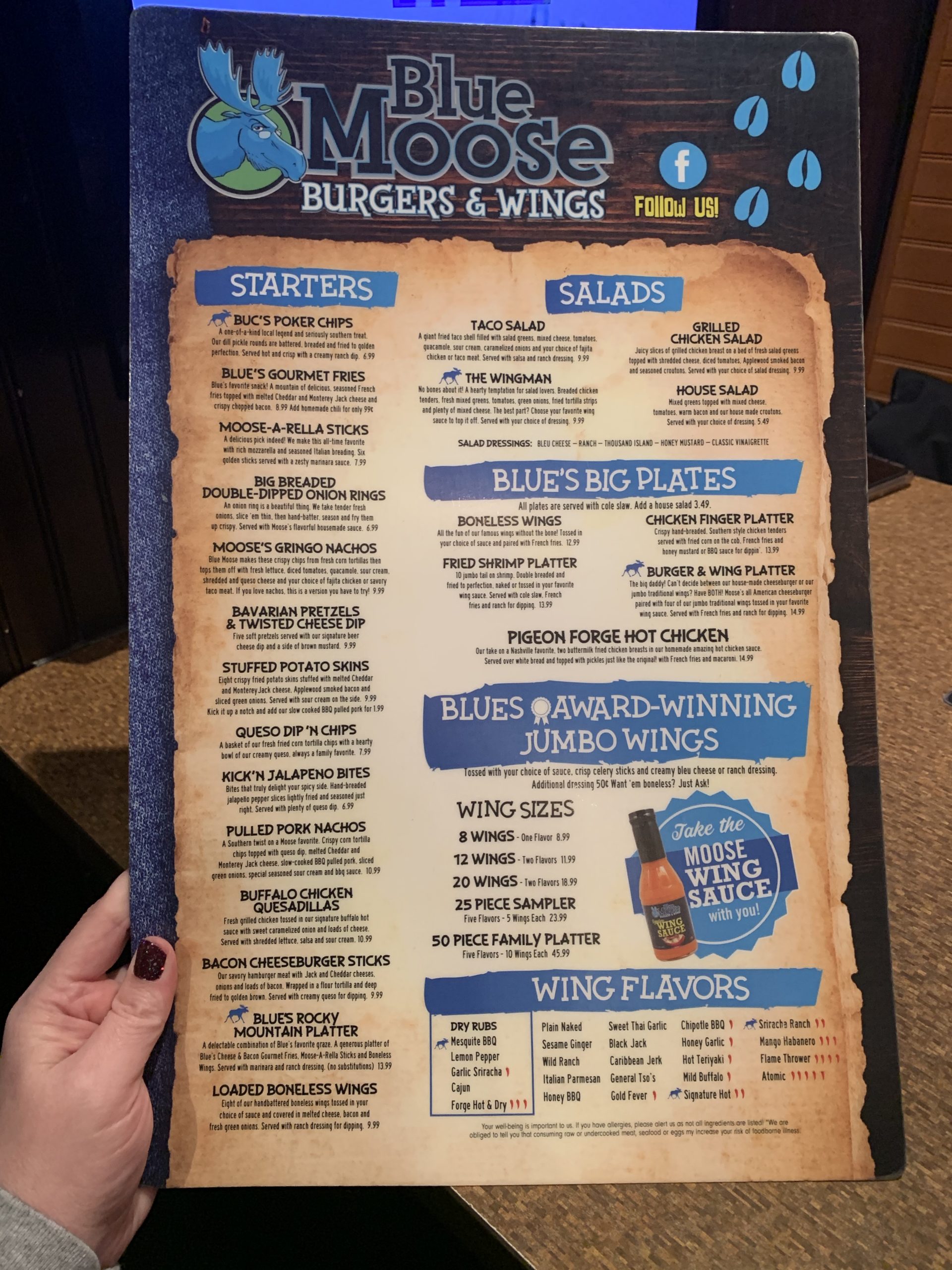 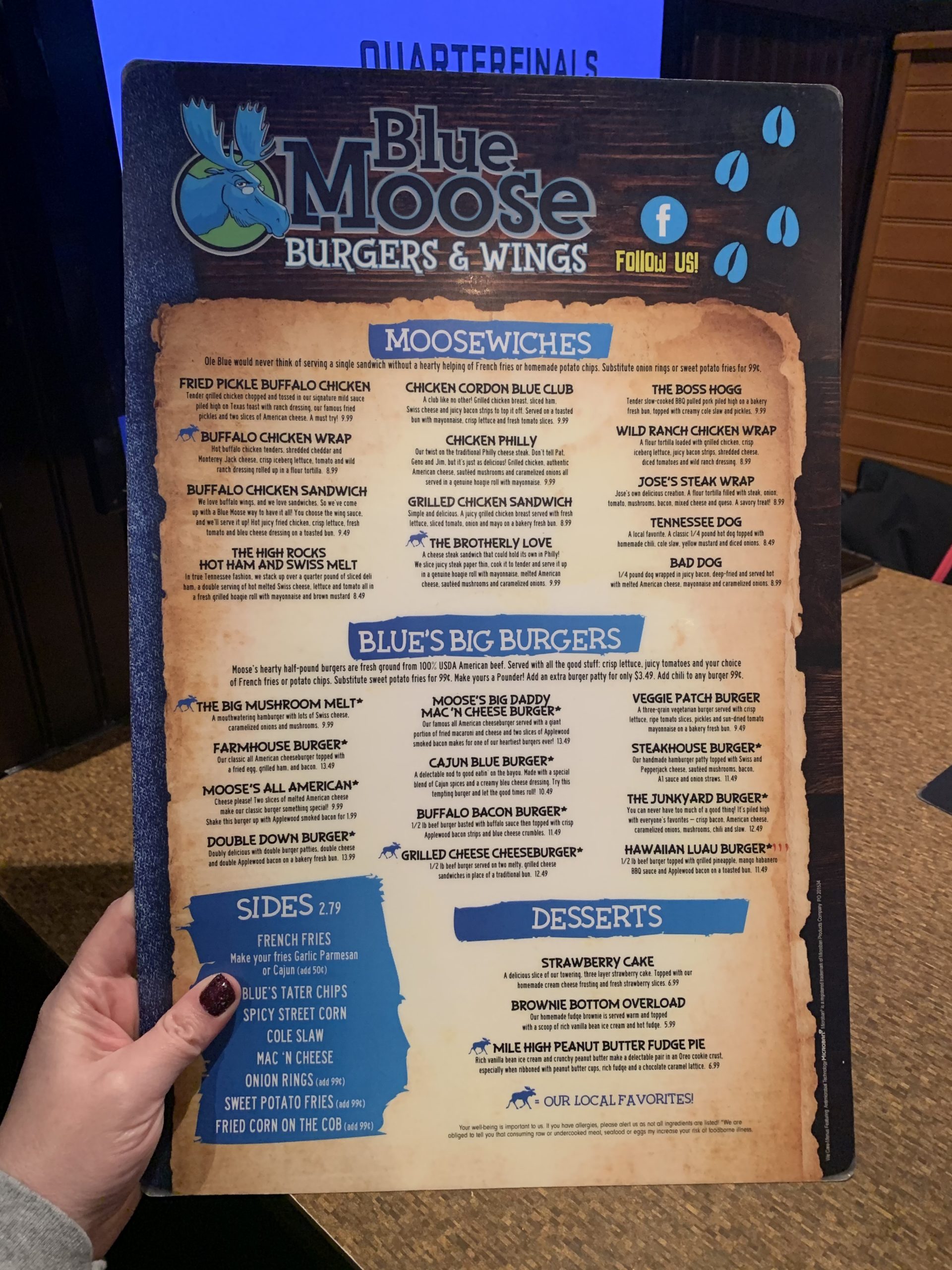 I ordered the Fried Pickle Buffalo Chicken Moosewich. The sandwich consisted of chopped grilled chicken tossed in their signature mild sauce on Texas toast with ranch dressing, fried pickles and two slices of American cheese. It was heavenly! The sandwich came with an order of fries and I ordered an extra side of coleslaw. It was one of the best sandwiches I’ve ever had. The flavors mixed well together with no ingredient overpowering another. The fries were flavorful with just the right amount of crispness. The coleslaw was delicious as well! 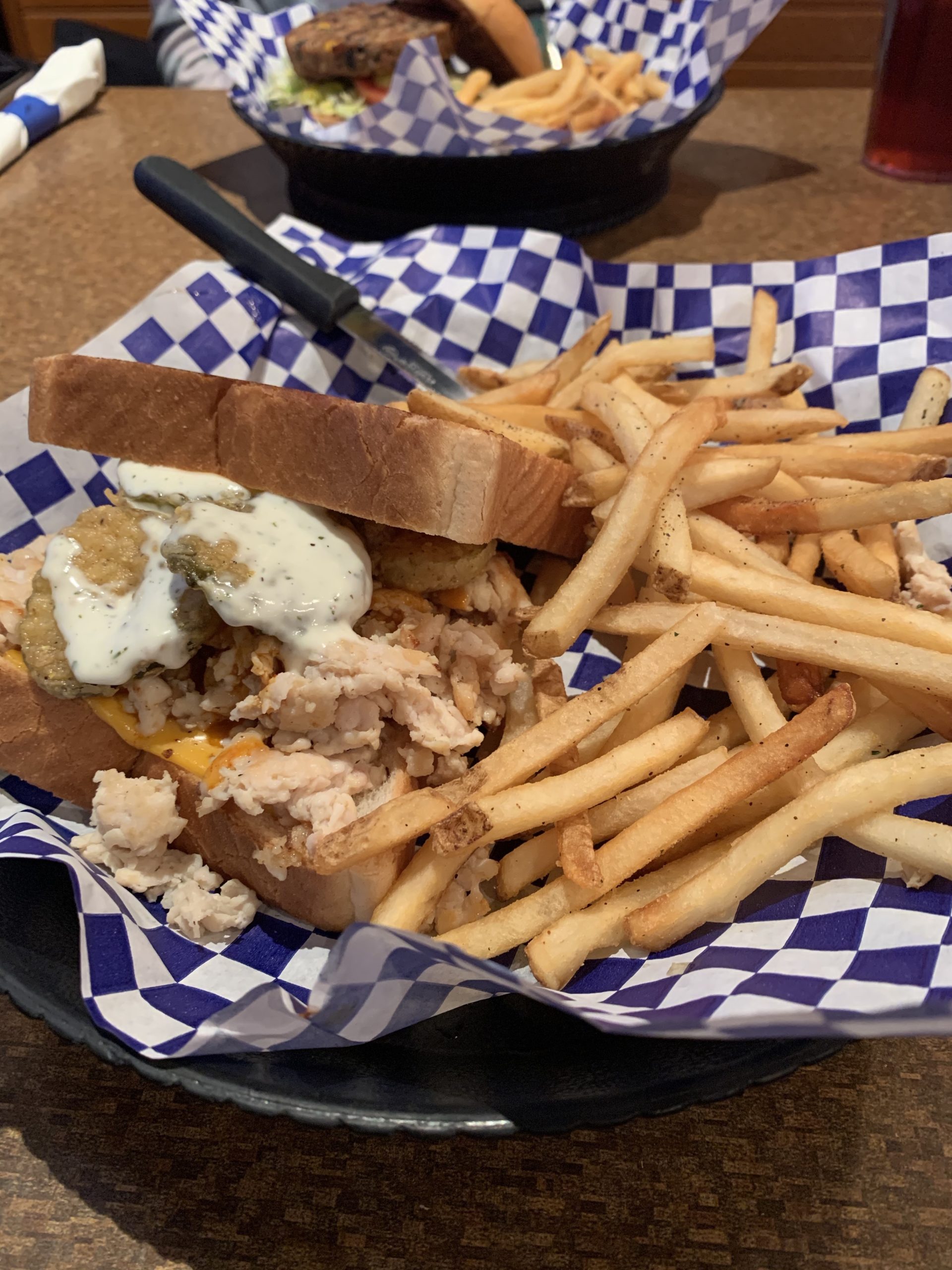 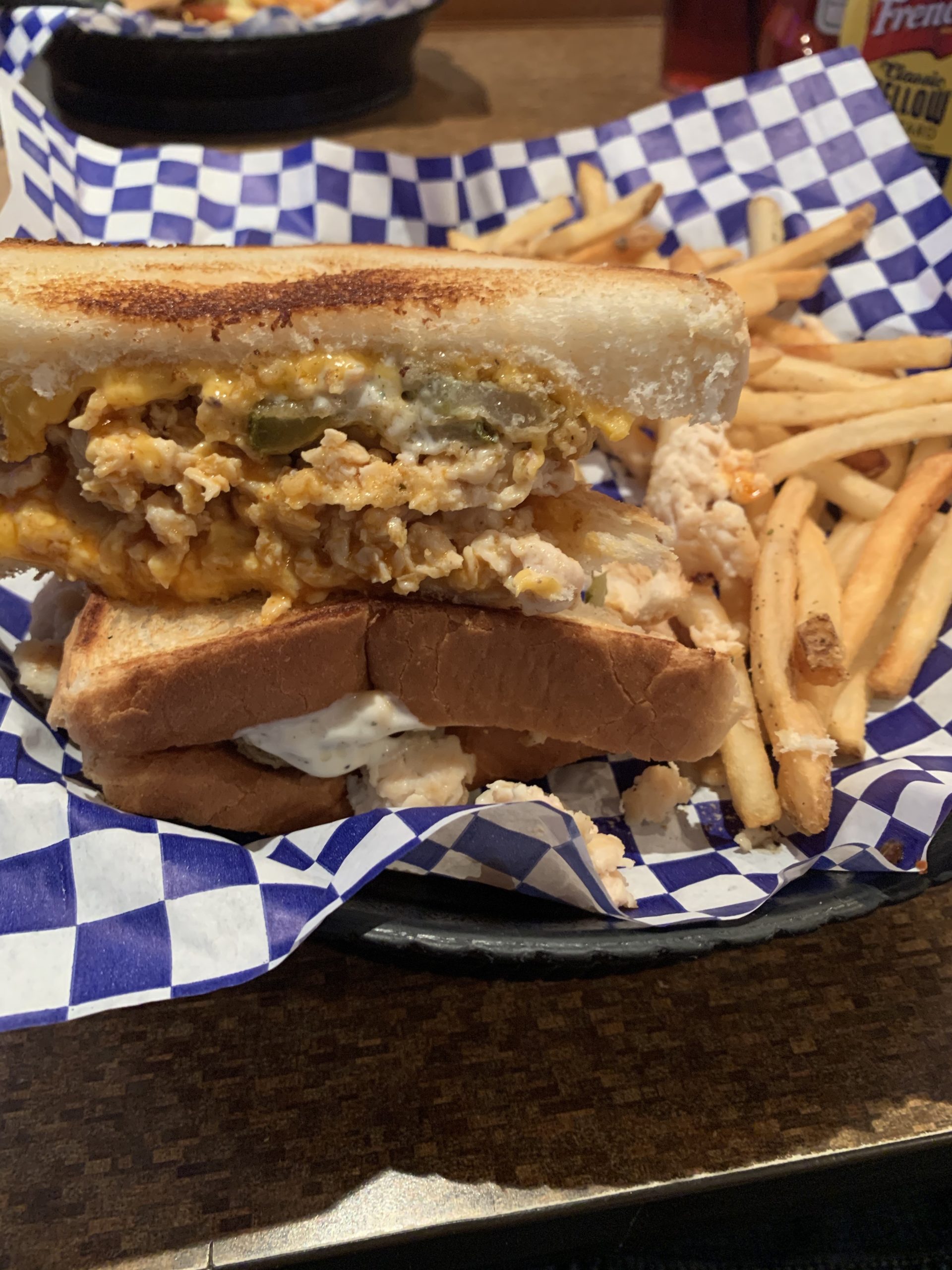 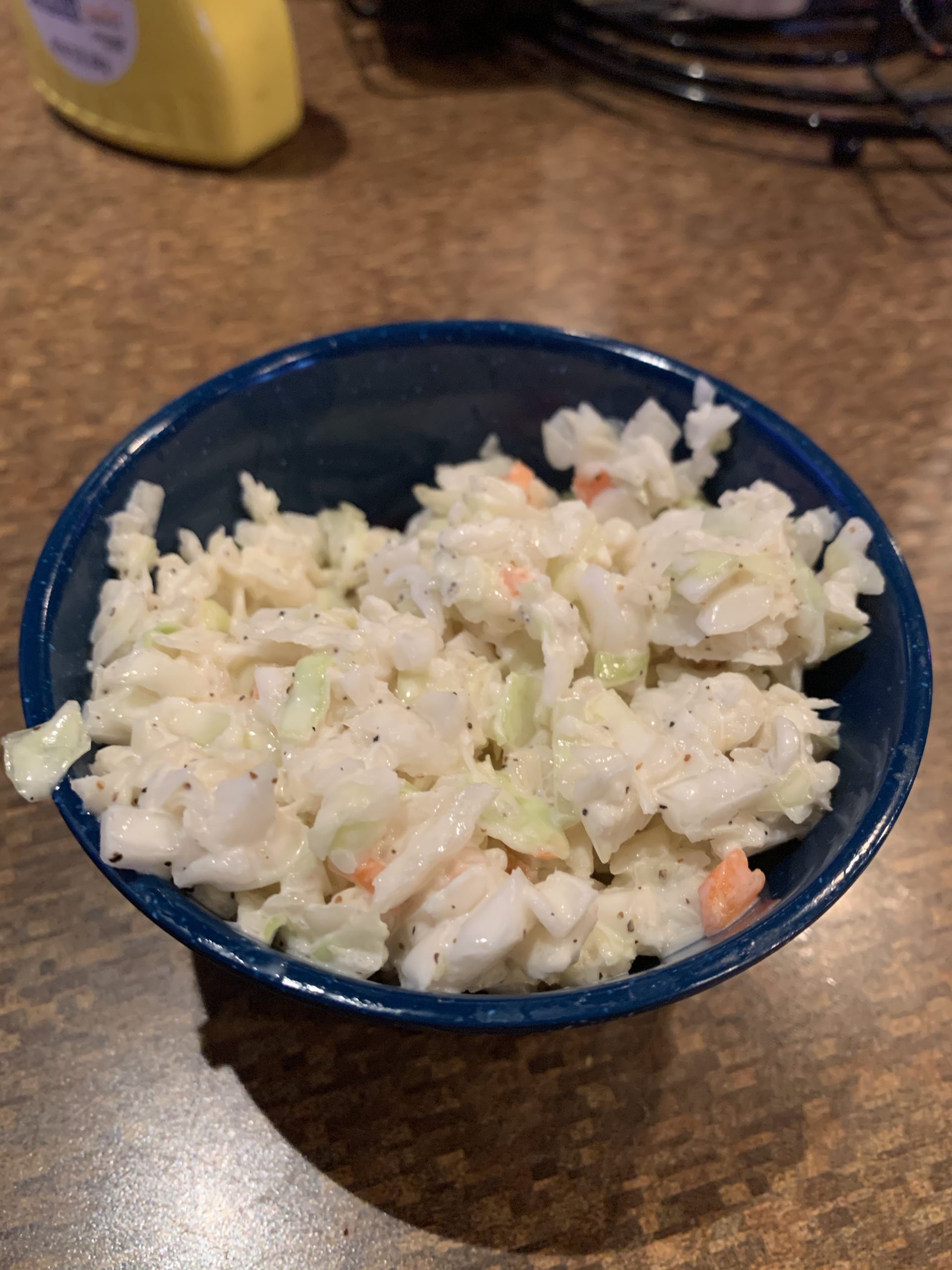 My friend ordered the Veggie Patch Burger. A three-grain vegetarian burger served with crisp lettuce, ripe tomato slices, pickles and sundried tomato mayo on a bakery fresh bun. She said it was a very good veggie burger and agreed on the deliciousness of the fries. 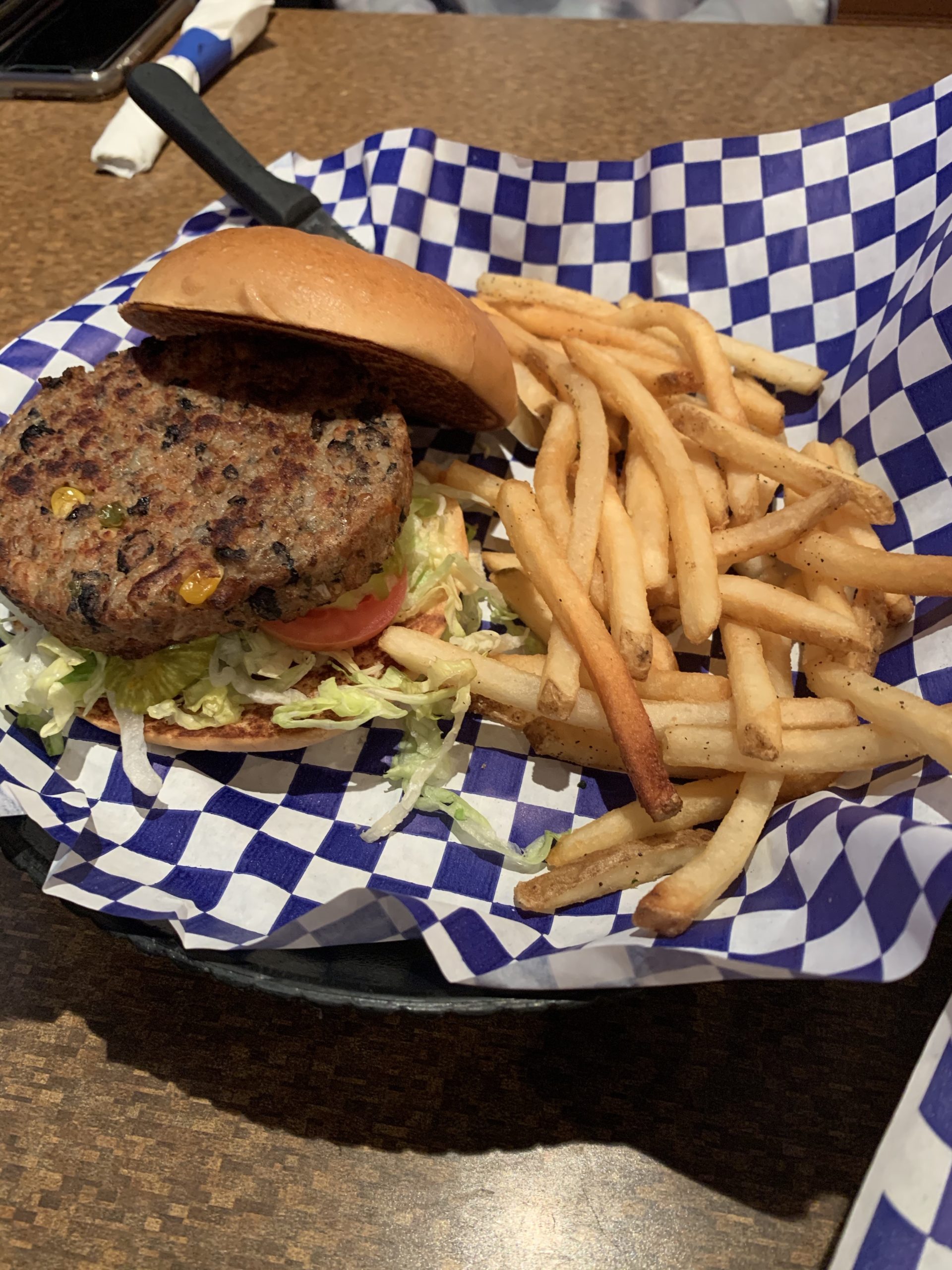 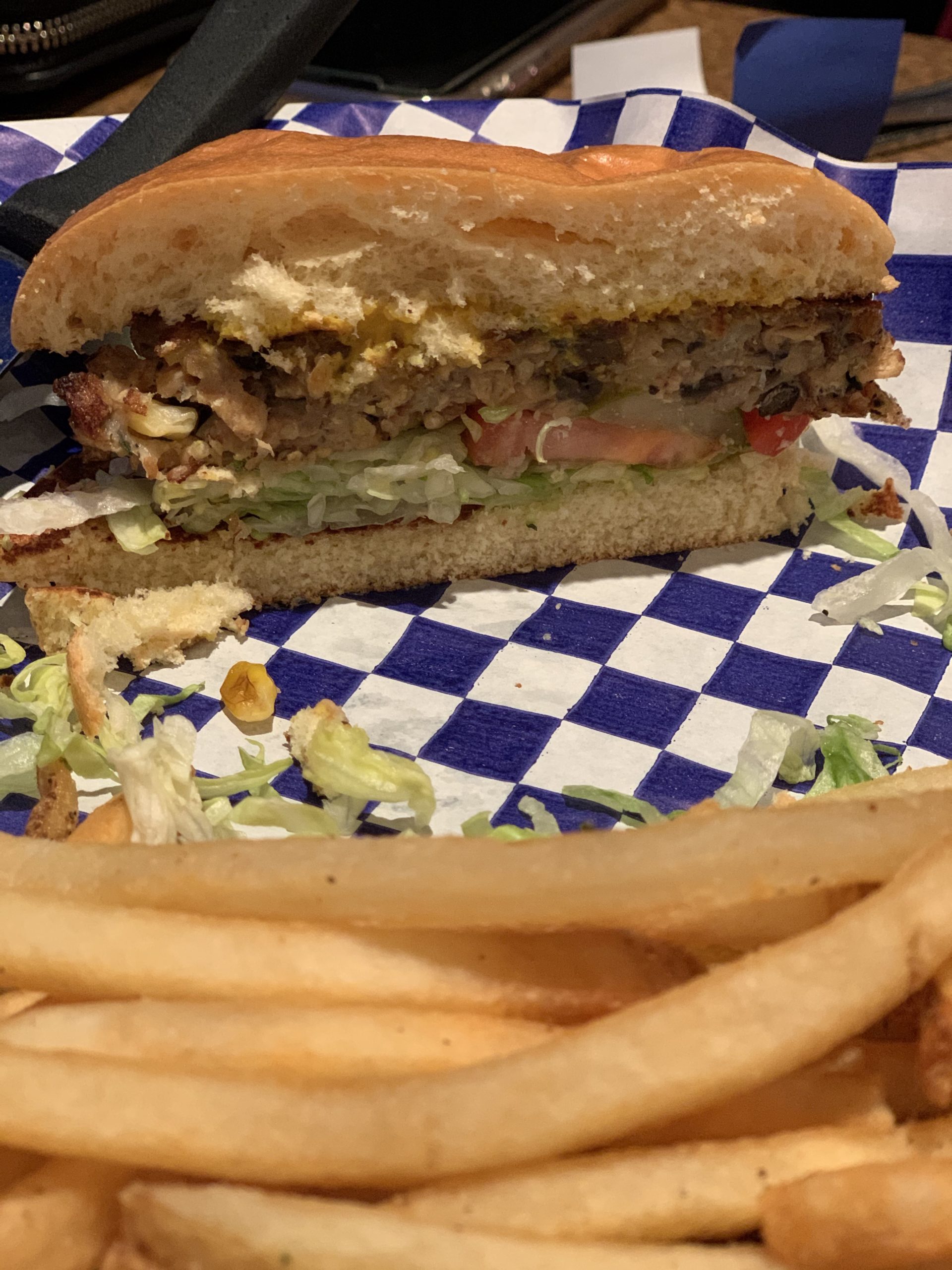 I cannot wait to go back and try

And now for my ratings…

Be sure to check out their website at www.bluemooseburgersandwings.com for menu and hours.