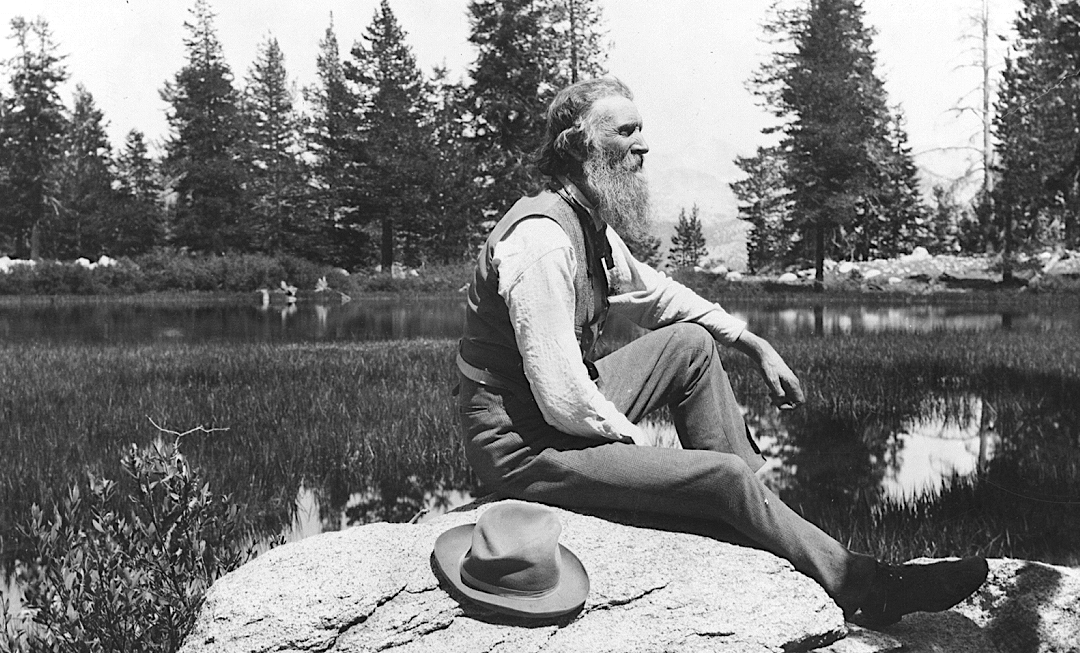 We’ve all heard the phrase, “The mountains are calling and I must go” at least once, right? But, I’m guessing you don’t know the story behind it.

After nearly losing his sight, John Muir set out a 1,000-mile journey to find healing. This journey reignited his love of nature.

John Muir was born on April 21, 1838, in Dunbar, Scotland. In 1849, the Muirs moved to the United States and bought farmland near Portage, Wisconsin. His father was a hard-working farmer. Muir recalled that his father would not let him use daylight hours to read, so he received permission to wake up early each morning in order to do so. He even went as far as inventing a machine that dumped him out of bed at a certain hour.

As the years passed, John excelled in school. He made plans to become a doctor. Unfortunately, the Civil War interrupted those plans. He eventually received a job at a carriage factory in Indianapolis. His hand slipped one day while trying to pry a belt off a machine with a file.  The file pierced his eye, causing him to go blind in his right eye. His uninjured left eye also went dark. He was fully blind at this point.

A doctor assured him that sight would return to his uninjured eye and gave him strict instructions to stay in a dark room for one month. However, he didn’t get much rest. He was tormented by nightmares. He found comfort in remembering his childhood in the woods, fields, and flowers of Wisconsin. He eventually regained sight in the uninjured eye and partial sight in his injured eye.

Once recovered, his former employer offered him a job at a different plant. Instead, he resigned and devoted himself to nature. He set out on a journey, walking from the Midwest to the Gulf of Mexico. He kept a journal titled ‘A Thousand-Mile Walk to the Gulf’ as he traveled. In 1868, he made his way to Yosemite Valley in California, eventually trekking through Nevada, Utah, Oregon, Washington, and Alaska.

Muir had a large influence on the conservation program started by President Theodore Roosevelt. In 1903, Roosevelt and Muir went on a camping trip to the Yosemite region. In 1908, the government established Muir Woods National Monument in Marin County, California. In 1964, his home in Martinez, California was dedicated as a national historic site. Muir’s work was also influential in the establishment of Mount Rainier National Park (1899) in Washington state and Grand Canyon National Park (1919) in Arizona.

So, the next time you see the phrase, “The mountains are calling and I must go” on a magnet, sign, t-shirt, or mug, take some time to reflect on the story behind it.

Here are a few of my favorite quotes coined by Muir . . .

“We are now in the mountains and they are in us, kindling enthusiasm, making every nerve quiver, filling every pore and cell of us. Our flesh-and-bone tabernacle seems transparent as glass to the beauty about us, as if truly an inseparable part of it, thrilling with the air and trees, streams and rocks, in the waves of the sun,—a part of all nature, neither old nor young, sick nor well, but immortal.”
― John Muir, My First Summer in the Sierra

“And into the woods I go, to lose my mind and find my soul.”
― John Muir

“Thousands of tired, nerve-shaken, over-civilized people are beginning to find out that going to the mountains is going home; that wildness is a necessity”
― John Muir, Our National Parks

Congratulations to the ‘Best of 2019’ Winners!