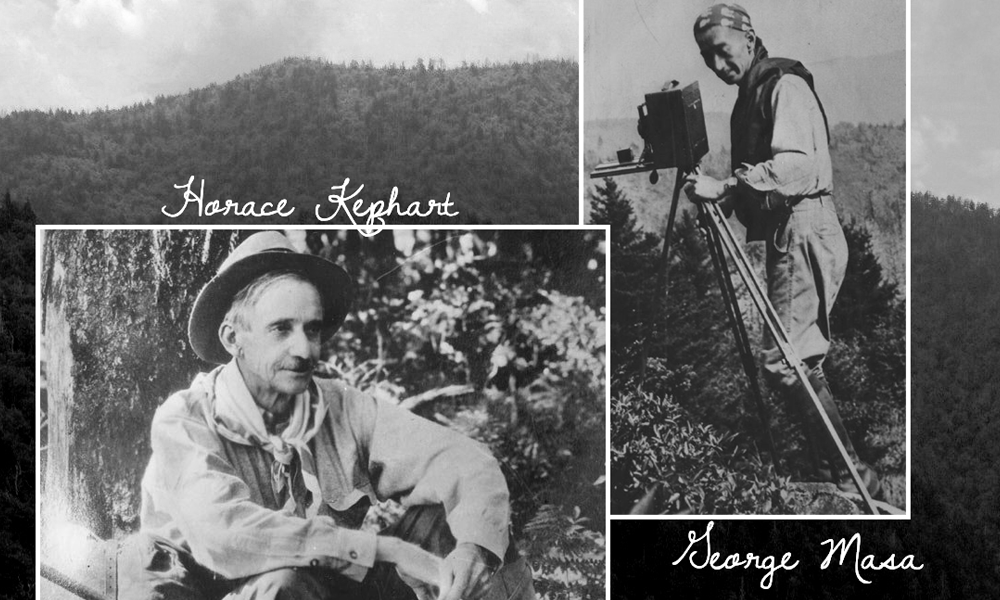 Horace Kephart was born in Pennslyvania and raised in Iowa. He was enrolled in graduate school at the age of 17. Kephart became an expert on western exploration. He served as the director of the Mercantile Library in St. Louis, Missouri, from 1890 to 1903.

He married fairly young, at the age of 25. However, his marriage was not a happy one. Kephart began partaking in outdoor life via camping and hunting trips. He would write articles about the experiences he had in the Arkansas and Missouri wilderness.

Kephart suffered from what he later called ‘nervous exhaustion’.  He stated that urban life was a major contributor to his problems. He turned to heavy drinking and lost his job. His wife left him, taking their six children with her.

After a short respite, Kephart decided to start over in a place where he could lose himself. He chose the Smoky Mountains of North Carolina and Tennessee. He lived alone in a small cabin where he wrote Camping and Woodcraft, which later became known as the ‘camper’s Bible,’ and Our Southern Highlanders, a book about the distinctive people of southern Appalachia. These two books are still in print and remain popular today.

“It is one of the blessings of wilderness life that it shows us how few things we need in order to be perfectly happy,” he wrote, while living for about three years in a little cabin on the Carolina side of the Great Smoky Mountains.

While living in the wilderness, large logging companies were slowly moving into the area. Kephart became worried that the serene wilderness was becoming much too ravaged by clear-cutting, so he began a mission to save the mountains as a national park, which prompted the writing of many influential articles. He convinced both politicians and the public that the Smokies should become a national park. “I owe my life to these mountains,” he wrote, “and I want them preserved that others may profit from them.”

Kephart crossed paths with George Masa (who was born Masahara Iizuka in Osaka, Japan). Masa came to the United States in 1901 to study mining. He found his way to Asheville, North Carolina. It was there that he became a bellhop at the popular Grove Park Inn. He soon began studying photography which eventually led to the opening of his own photography studio.

Kephart and Masa became close friends. They spent much of their time working on maps for the proposed park, as well as maps for the Appalachian Trail. Both Masa’s images and Kephart’s text were used in promotional materials supporting the effort to turn the area into a national park. After seeing Masa’s photographs, John D. Rockefeller Jr. donated $5 million to help purchase the lands to become part of a new park.

Sadly, in 1931, just before the Great Smoky Mountains National Park was finalized, Kephart was killed in a car accident. After organizing a hike to commemorate the second anniversary of Kephart’s death in 1933, Masa became sick. He had lost his money in the stock market crash of 1929 and could not afford his own doctor. He died without enough money to be buried next to Kephart, which had been his wish.

One year after Masa’s death in 1933, President Franklin D. Roosevelt used $1.5 million in government funds to establish Great Smoky Mountains National Park. A 6,217-foot peak has officially been named Mount Kephart. On its broad shoulder is another shorter peak, known as Masa Knob.